A full field of players, ranging from local, to International visitors, played 36 holes of golf over a weekend full of strong winds, and unseasonably hot temperatures.

Day 1 saw the mercury rise to a temperature of 39 degrees, along with very strong winds, long rough, on a course being set up for the visit of the DP World Tour later this month.  Scoring was tough, but each of the divisions saw some fantastic scores being returned.

In the Mens Gross (Over 50's), Tom Sweigart from Education City Golf Club, led the field with a fantastic one under par 71.  This was closely followed by Lee Pargeter (Dubai) with a level par 72.  In the Men's Nett Division (Over 45's), Yohann Pedder returned a 4 under nett 68 too top the field.

With the wind easing slightly, scoring was still tough but improved from Friday.

In the Mens Gross division, Lee Pargeter battled the conditions with a three over 75, which led him to the title, and a 2 shot victory over Tom Sweigart.  In the Men's nett division, Stephen Playforth (Doha Golf Club), stormed through the field with a nett 66, to win the title by 2 shots from Rosman Mohammad Thaib

The Ladies Gross division places stayed the same from Day 1, with Eva Boeglin winning 1st place and Tasnim Kazi as the runner-up.  In the ladies Division, Uzma Mir, with scores of 74 + 76, won the division ahead of runner-up, Brenda Hill.

Below are the Prize Winner results, along with a gallery of photos from the event: 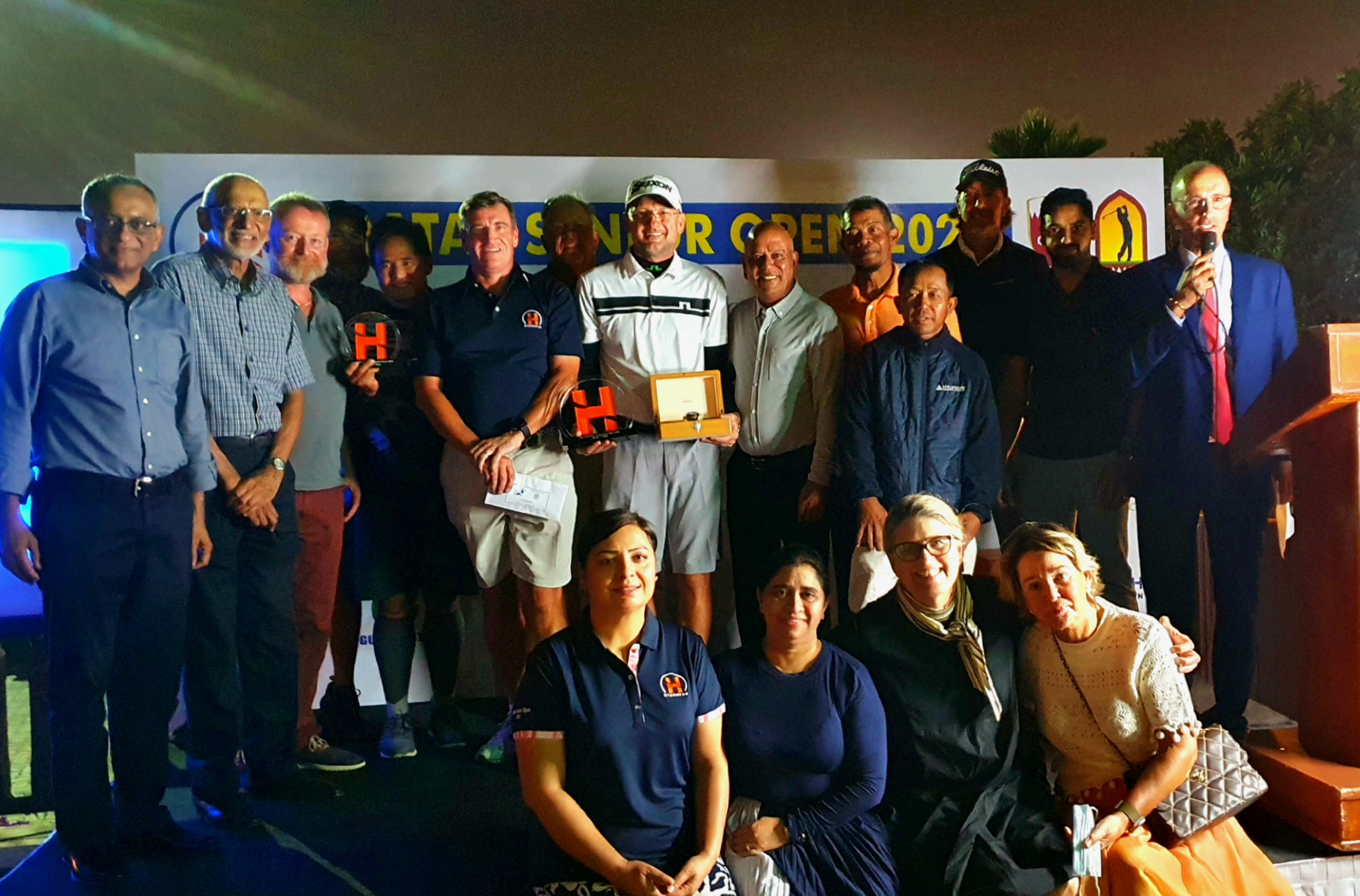